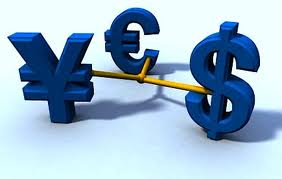 The drop of the Euro currency had a very bad impact on the Swiss tourism incoming. The Swiss franc is too high in relation to the Euro and so less people from the Eurozone spend their holidays in Switzerland because it’s too expensive for them. Another problem is that Switzerland exports a lot of its products to European and now because of the depreciation in the Euro the export is too expensive for the Europe countries.  The depreciation of one currency causes the appreciation of the other currency (Swiss franc) . In September 2011, the Swiss Central Bank finally took the unpopular step to peg the CHF at 1.20 to the euro. As the Swiss franc is strong and stable more investors in Europe are interested in investing in Swiss Banks.  The flood of capital to Switzerland is so strong that the central banks can no longer protect their local economies. The flood of incoming euros is swelling day by day, this may rise risks for both Switzerland’s own economy and those of other countries. The international currency reserves raised from 66.2 billion in May 2012 to 303 billion.  If Spain drops into a true Greece-like crisis, nobody will invest anymore in these countries so more euros will flow into Switzerland.

The SNB doesn’t have only euros in their bank’s reserve. They are selling the growing stock of euros for Swedish kronor, Norwegian kroner, Canadian dollars, British pounds etc

Presentation: Swiss incoming and the role of exchange rate

In May of 2012, the Obama Administration presented the National Tourism and Travel Stragegy. It is a long-term strategy for these two industries that aim to attract 100 million international visitors by 2021 (62.3 million international visitors in 2011). They plan on improving the visa process (decrease waiting time and increase process capacity)  without compromising security. In addition, they will continue to work closely with Brand USA who are charged with promoting travel to the United States.